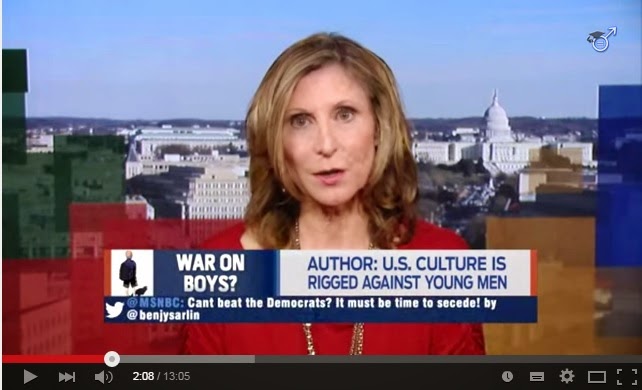 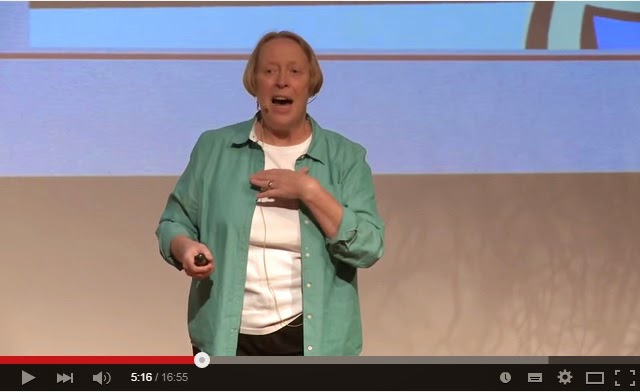 
Not Only Children - They are Boys and Girls: Margrét Pála Ólafsdóttir at TED x Reykjavík. 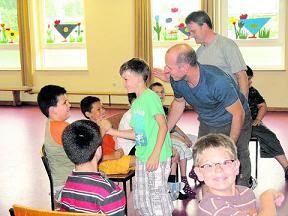 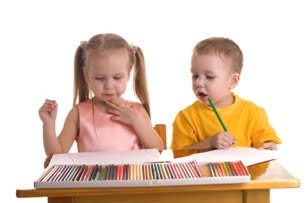 [Parenta, september 2010] Girls believe they are cleverer, better-behaved and try harder than boys at school from a very young age, new research has shown.

Such opinions are present from at least the time that girls are in their reception year, at the age of four or five, and persist throughout primary school.

Moreover, by the age of eight, boys appear to agree with their classmates, believing that girls are more likely to have what might be deemed the right qualities to do well at school. Children of both sexes also think that, in general, adults believe girls do better at school than boys.

The research, based on detailed questioning of 238 children in two Kent primary schools, was presented at the British Educational Research Association (BERA) conference on Thursday 2 September. It underlines the difficulties that teachers and educationists may face in trying to improve the performance of boys, who lag behind girls on average in most subjects throughout school.

Previous research has suggested that children’s beliefs about what is expected of them can create a “self-fulfilling prophecy”, as girls are perceived to be more likely to do well, then do so, and then expectations as to girls’ future performance are heightened.

Bonny Hartley, of the University of Kent, who presented the research, said: “By seven or eight years old, children of both genders believe that boys are less focused, able, and successful than girls – and think that adults endorse this stereotype.

“There are signs that these expectations have the potential to become self-fulfilling in influencing children’s actual conduct and achievement.”

The research involved presenting children, aged between four and 10, with a series of statements or “scenarios” such as “This child is really clever”; “This child always finishes their work” and “The teacher is taking the register in class and this child sits very quietly, waiting for their name to be called out”.

The children were then asked to point to a picture, in silhouette, of a boy or of a girl to say whether they thought the questioner was talking about a boy or girl.

On average, girls of reception age right through to year five said girls were cleverer, performed better, had better self-control/focus and were better behaved/more respectful. Boys in reception, year one and year two gave answers which were equally split between favouring boys and girls, but by year 3 their beliefs were in line with those of the girls.

Children were also asked to point at either picture in answer to a series of more direct questions such as “Who do you think are cleverer?”, or “Who are better behaved”? The results were broadly similar to those found through the “scenario” statements.

Ms Hartley also presented outline details of an investigation she carried out with 140 children in three Kent primary schools on how gender-related expectations of their performance might affect how they did in tests.

Children were assigned to two groups, with one told that boys do not perform as well as girls, and the other not told this. They were then tested in maths, reading and writing. Boys in the first group performed significantly worse than those in the second, while girls’ overall performance was similar in both groups.

Ms Hartley says the research supported claims that boys’ relatively poor performance nationally could be explained in part by lower expectations.
In the dissertation paper she completed for her Master’s, which formed the basis of the BERA presentation, Ms Hartley suggests changes to what goes on in schools that could help to break the cycle of lower expectations of boys.

Adults should think carefully before using phrases such as “silly boys”, “school boy pranks” and “why can’t you sit nicely like the girls?”, she argues, while schools should also address the policy of seating pupils in ability groups, which would tend to see more girls sitting on “higher achieving” tables.

Do you notice a difference in the way girls act towards boys or treat a child differently dependant on gender? Leave your comments below to join the discussion!