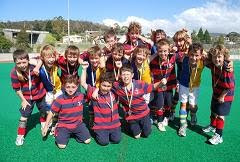 [Stuff.co.nz, 20/08/2009]
New research has backed the argument that single-sex schooling narrows the gap in educational achievement between boys and girls, and may even give boys the edge.
Evidence has been mounting in recent years that boys are slipping further behind girls in their schooling.

Statistics from the 2008 NCEA results added fuel to the fire, with girls outperforming boys at every senior level.
Only last month, Auckland researcher Alison Derbyshire said boys would continue to achieve below their potential until schools accepted they learnt differently from girls and looked at initiatives to help them.
Research released today by the University of Otago from the long-running Christchurch Health and Development Study showed that single-sex schooling may be the answer.
The study, published in the Australian Journal of Education, compared the educational achievements of more than 900 boys and girls who attended single-sex and co-educational secondary schools in New Zealand.

It found that for students attending single-sex secondary schools, there was a slight tendency for boys to outperform girls. In contrast, for students attending co-educational schools, there was a clear tendency for girls to outperform boys.
The pattern remained when students were followed up to age 25.
''These findings are consistent with the argument that attending single-sex schools reduces or mitigates the current gap between boys and girls in educational achievement,'' said principal researcher Sheree Gibb.
The effects of single-sex schooling on the gender gap were evident not only at secondary school level, but also in university attendance and results, she said.
The next step was to identify the particular features of single-sex schooling which were responsible for improving the boys' achievements.