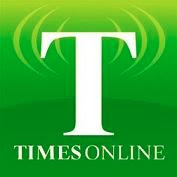 Of the top 50 schools with the highest scores at A level, all but three were in the independent sector.

St Paul’s Girl’s School in London heads the table with an average of 267.4 points per A-level student, followed by Westminster School, Perse School for Girls in Cambridge and Guildford High School.

The three state schools to make the top 50 for A-level results were Latymer School in Enfield, Kendrick school in Reading and Henrietta Barnett School in North London. All are grammar schools.

At GCSE level in 118 schools every student entered achieved at least five good passes, at grades A*-C, including maths and English.

Of these, 58 were independent schools and 60 state schools: 28 were foundation schools (largely fomer grant maintained schools), 21 were voluntary aided and church schools, 2 were volutary controlled faith schools and 9 were community schools.

Of the 118 whose students scored a 100 per cent success rate in achieving five good GCSEs, 56 were girls schools, 37 were mixed and 25 were boys schools.

Thomas Telford School, in the West Midlands, was the top comprehensive for a second year running with 99 per cent of its students achieveing give GCSEs at A*-C or above.

The Priory Academy in Lincolnshire achieved 98 per cent of pupils gaining five A* to C at GCSE including English and maths, putting it in second place among the comprehensives.

Among the most improved schools was Bishop Justus Church of England comprehensive, a mixed school in Bromley. It went from 35 per cent achieving the Government’s floor target of 5 good GCSEs including English and maths in 2008 to 63 per cent hitting the requirement last summer, an increase of 28 per centage points.

The results nationally showed that over 50 per cent of pupils are still leaving school without five good GCSEs including English and maths. There are 247 schools where fewer than 30 per cent of children achieve the Government's target, they are in Ed Balls the Schools Secretary's National Challenge, a programme threatening schools which fail to improve with closure or a change of management.

Vernon Coaker, Schools Minister, said: “We’ve set out clear measures to further improve quality of the teaching, and challenge and support to schools with the widest gaps – continuing to expand the academy and trust school programmes; continued support for low-performing schools through National Challenge; and legislating to give every pupil and parent clear guarantees of their rights, including to intensive support and one to one tuition.

“No doubt detractors will once again try to pick holes in these achievements – trying to devalue the hard work of pupils, teachers and schools – but this is the time to acknowledge their efforts and congratulate them on their excellent results.”

Opposition politicians said the results highlighted a persistence of underachievement in state schools.

Michael Gove, the Shadow Schools Secretary, released separate figures showing that pupils at independent were almost eight times as likely to achieve the highest grades at GCSE as those in state schools.

Last year 8,558 pupils at independent schools, achieved at last five A* grades, according to figures given to Mr Gove in a Parliamentary answer, representing 18.3 per cent of private school students who sat GCSEs.

Mr Gove said: “For all Ed Balls’ talk of class war, after 12 years of Labour he oversees an education system where there is a gulf in achievement between independent schools and state comprehensives.

“We want to close the educational gap between the fortunate few and the rest. That’s why we’ve outlined plans to improve the quality of teaching, give heads proper powers to crack down on bad behaviour and allow educational providers to open a new generation of independently run state schools.

“Only then will we reverse the widening gap which currently acts as a block on opportunity for the poorest.”

David Laws, the Liberal Democrats’ Schools Spokesman, said: “Labour’s failure on education means that there are still thousands of pupils in schools in which most fail to get 5 good GCSEs. This is completely unacceptable in a rich country such as Britain.

“Instead of more daft gimmicks and initiatives from Ed Balls and Gordon Brown, we need action to reduce class sizes and improve school leadership.”